Get me outta here!

“Happy with my performance, though small errors, but without corrections never fails. Now think only about the rest, give me seven days, and then again to the training. Best I have clubs turned out today. Of course, I felt the competition. If you do a mistake, then the first will not, even if there are no opponents and Marguerite Mamoun. I didn’t know that was the record of the games, but happy about that, “said Kudryavtseva.

Earlier Margarita Mamoun said that Russia first team in Russian RG national team won’t attend the Universiade in South Korea. “I don’t know who will go for us. Maybe Ekaterina Vedeneeva, Ekaterina Selezneva, Maria Titova. Something I can’t really counsel them, they are older, do not feel that I can teach them, “said Kudryavtseva.

“Irina Aleksandrovna Viner collects hats, so maybe bring her hats as gift from Baku. I guess mom will take us somewhere, and we’ll find something. No, mom, didn’t watch my performance , she only at the European Championships in Baku watched and then I dropped the ball. Since then, mom does not look ever watch my performance live, “said Kudryavtseva. 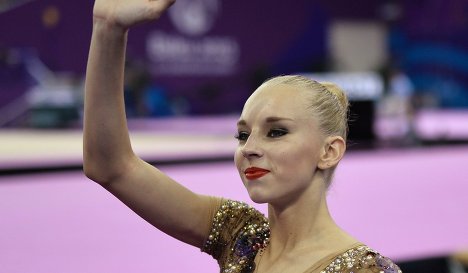 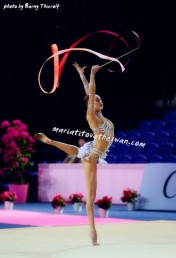